Do you have anything to add to the history of our parish? We would particularly like to borrow past images from 1938 to date so that we may scan them for inclusion. Appropriate words of acknowledgement will be attributed to all submissions published. Thank you.


A brief history of St. Michael’s

Newspaper cutting from the Croydon Advertiser 1963

In 1938 the parish priest at St. Bartholomew's, Father Cyril Walmsley (1938-44), bought a triangular plot of land bordering Chestnut Grove, Sherwood Park Road and Fern Avenue, with its apex at the roundabout in Pollards Hill, and had a dance hall built to develop as a Mass centre. Its fine sprung dance floor made it a popular venue, and the hire charges did much to offset the cost of the purchase of the land.

The first Mass was celebrated there on 12th March 1939. By the mid-1950s there were two Sunday Masses at 8.30am and 10.30am, and the parish priest and curate at St. Bartholomew's alternated to say these Masses each week. This necessitated a visiting priest arriving at St. Bartholomew's each Sunday to say the two mid-morning Masses there - most notable of these over the years were Father (later Monsignor) Richard Kenefeck (who was headmaster of Cardinal Vaughan Grammar School, Kensington) and Father Roger Nesbitt (chemistry and RE master at The John Fisher School, Purley, and founder of the Faith Movement).

What became known within parish and local Catholic circles as 'The Hall' became St. Michael's, a semi-independent parish, in 1964.

The first resident of the new presbytery, built at St. Michael's with the generosity of the parishioners of St. Bartholomew's, was Father Kenneth Michael Palmer who was appointed as 'Priest-in-Charge', with the responsibility for the administration of the parish being transferred from St. Bartholomew’s to Father Terence Donovan (later Canon Donovan) d.1983, Parish Priest at Ss. Peter & Paul, Mitcham.

Father William Bernard Gallagher succeeded Father Palmer in 1981, and soon after his appointment was inducted as the first Parish Priest of St. Michael's. It was then that St. Michael's became a truly independent Parish.

Pictures relating to the building of the presbytery 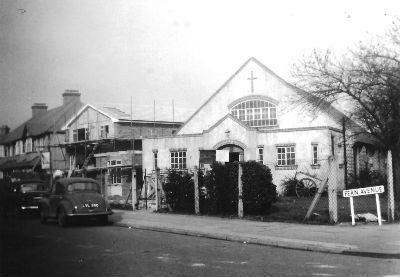 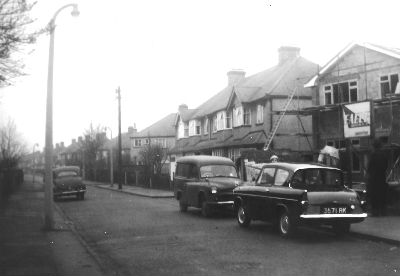 The view along Fern Avenue during the building works 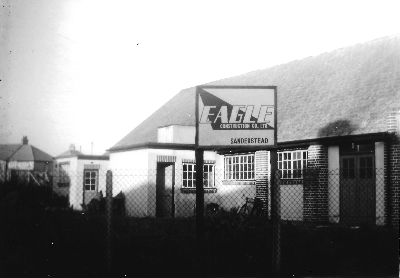 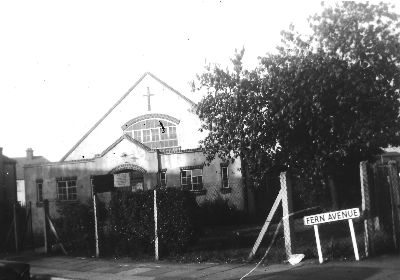 Since St. Michael’s became a fully independent parish, the following Parish Priests have faithfully served the people of this area:

To watch previously recorded Masses, or to join online programme

Wednesdays & Saturdays - 9:00am Adoration followed by Mass at 9:30am